The Men’s Social Services Centre for the Salvation Army replaced a ‘Men’s Palace’ or itinerants’ hostel that had been demolished for an office development. The new hostel, a curved linear building in blue brindle brick, sat in a commanding position alongside the 17th-century Keelman’s Hospital in Newcastle’s City Road.

Two blocks formed the development, a single storey to house the service accommodation and a three-storey to hold the principal accommodation, with bedrooms on the ground and second floors and communal rooms on the first. It housed 184 men in dormitories and small rooms, and there were day rooms, a restaurant, facilities for the elderly and a small hospital.

The carefully arranged fenestration allowed for maximum flexibility in the plan so that three bedroom units could be formed from two if required, while having an asymmetry that played down the building’s institutional aspect. This apparently casual arrangement of windows was interrupted at first-floor level by a glass oriel window to the dining room. A curved access ramp to the central entrance was set under a boomerang-shaped canopy supported on thin tubular steel columns. The rear access to the north block was via a propylaeum and ceremonial bridge. Staff were accommodated by a roof level penthouse.

Blue brindle brickwork was used not only as exterior cladding, but also internally. The full height narrow strip windows were formed from steel, pivoted vertically, and had bright green sliding shutters to give unity to the facade that other curtain devices could not provide. 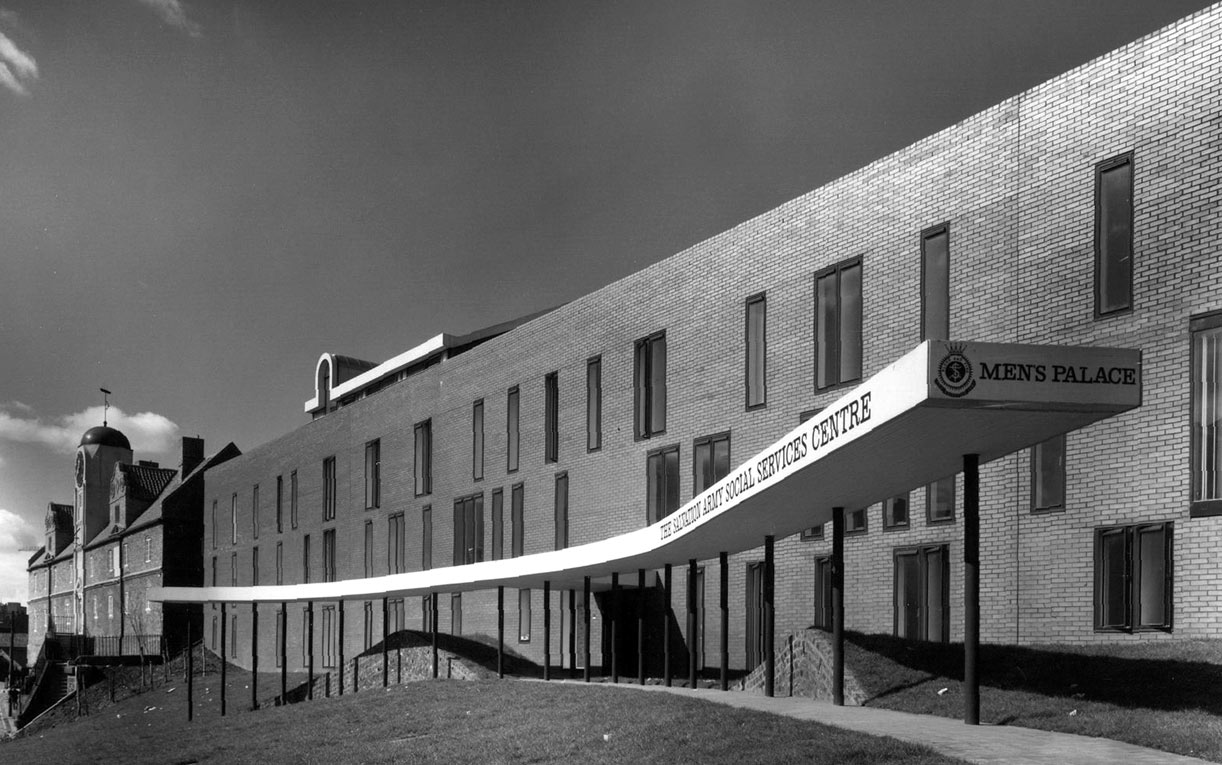 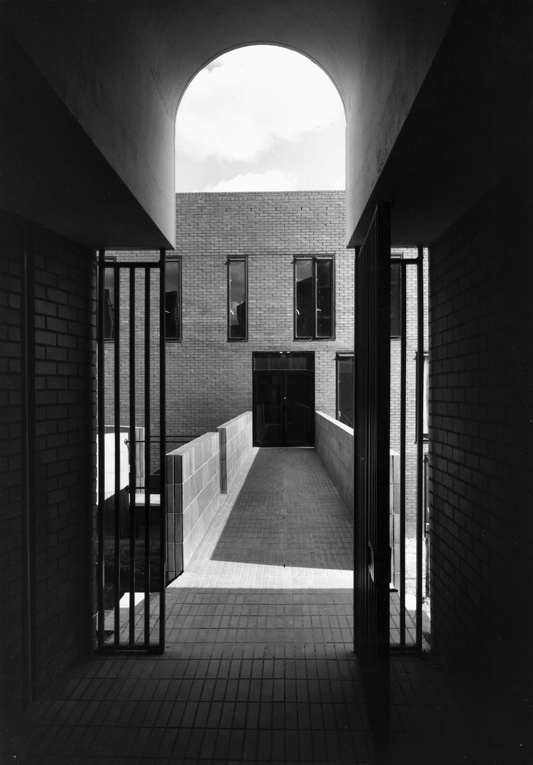 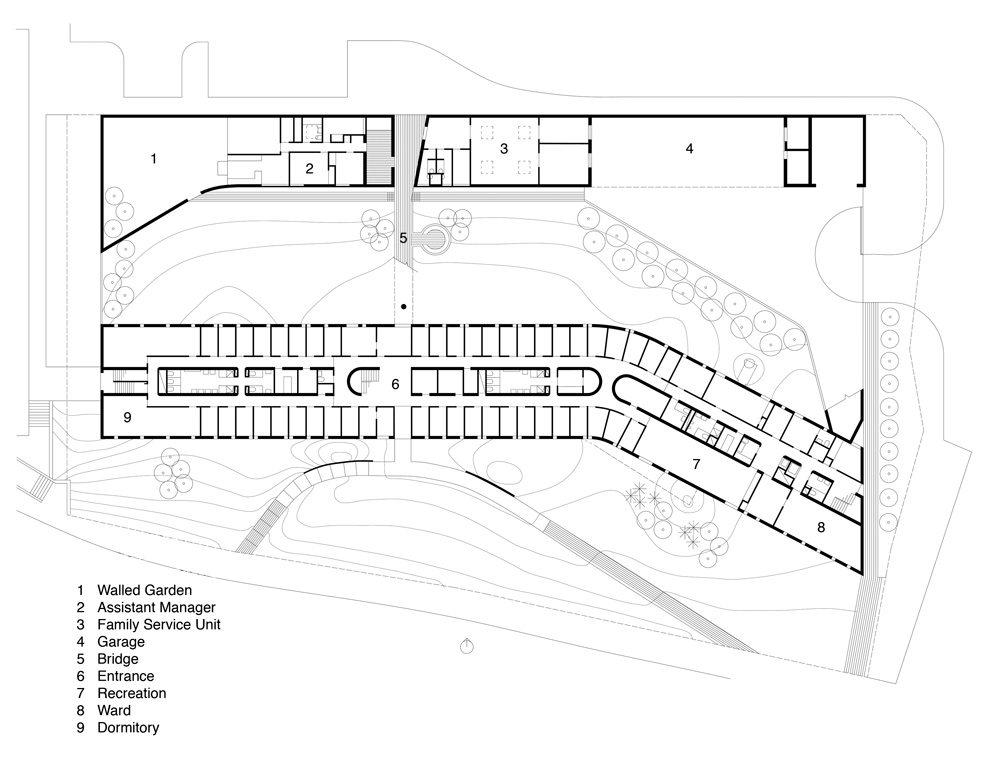 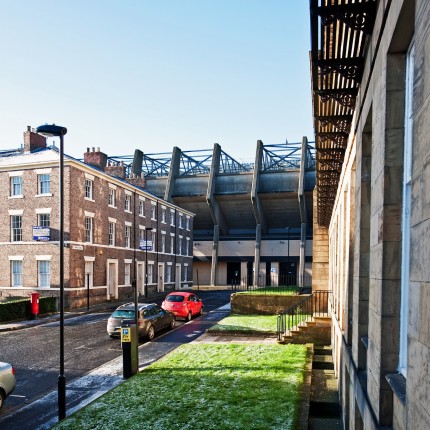