Peterlee was unique amongst the wave of new towns designated across England under the New Towns Act of 1946,  in that is was  actually requested by the local council. The report, “Farewell Squalor” published in 1946 called for a concentrated development of new housing and amenities forming a centre for the colliery villages of East Durham.  The report was written by Easington Rural District Council’s Surveyor.  He wrote:

The new town would be a “miners’ capital of the world”.  Berthold Lubetkin was appointed as Chief Architect and Planner. Himself a Russian émigré, Lubetkin was enthusiastic at the prospect of progressive socialist utopia. Working with a team including the young Ryder and Yates, Lubetkins proposals which centred around a classically inspired triad of large slab blocks met with immediate opposition, however, from the National Coal Board (NCB).  The NCB were unwilling to allow the development of large buildings, which as they saw, might impede future mining beneath the town.  Having been promised a free hand in the design, Lubetkin found that his plans were being compromised and eventually resigned from his post in early 1950.

The Grenfell Baines Group, designers at Newton Aycliffe were drafted in and two years later the first houses were completed, but Lubetkin’s departure was a sore loss and marked what was later described as a “descent from the spectacular to the nondescript” for the town.

In 1955, artist Victor Pasmore was drafted in with the brief to help the architects ‘lift their eyes to a new horizon’. Pasmore contributed to the planning and aesthetics of the Sunny Blunts estate which centres around his livable public sculpture, the Apollo Pavilion. 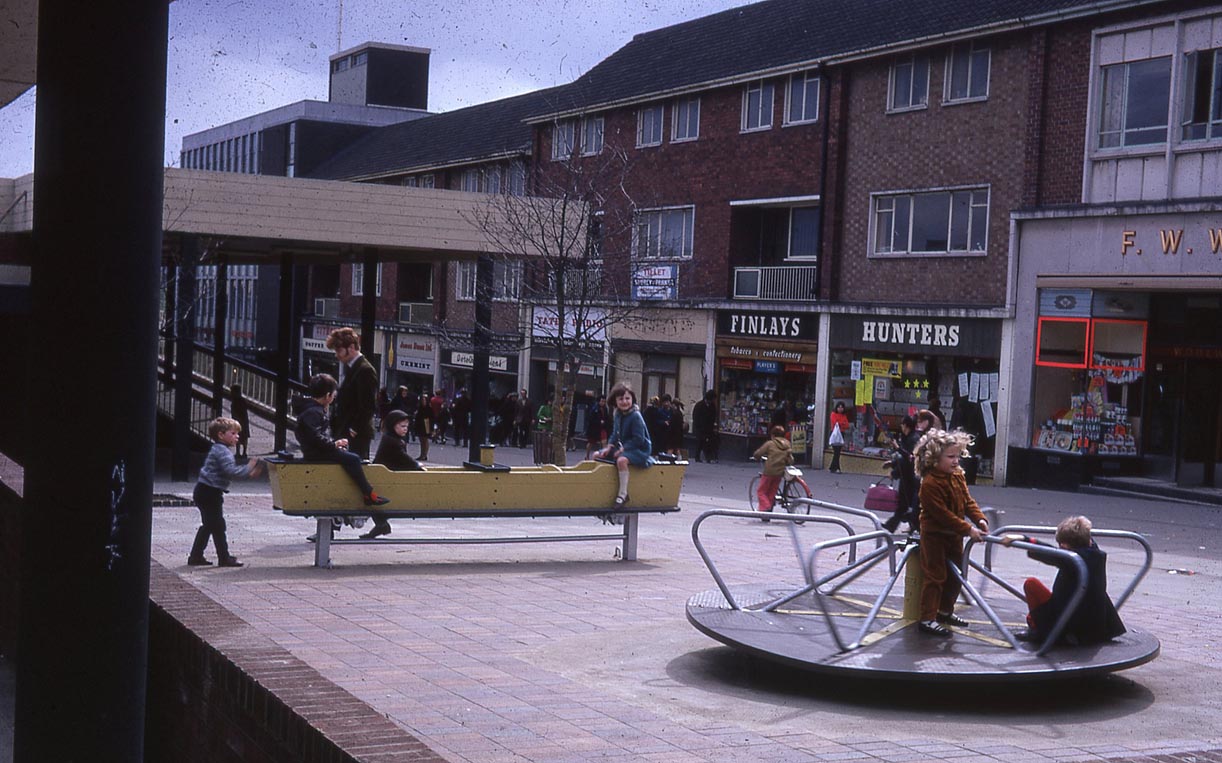 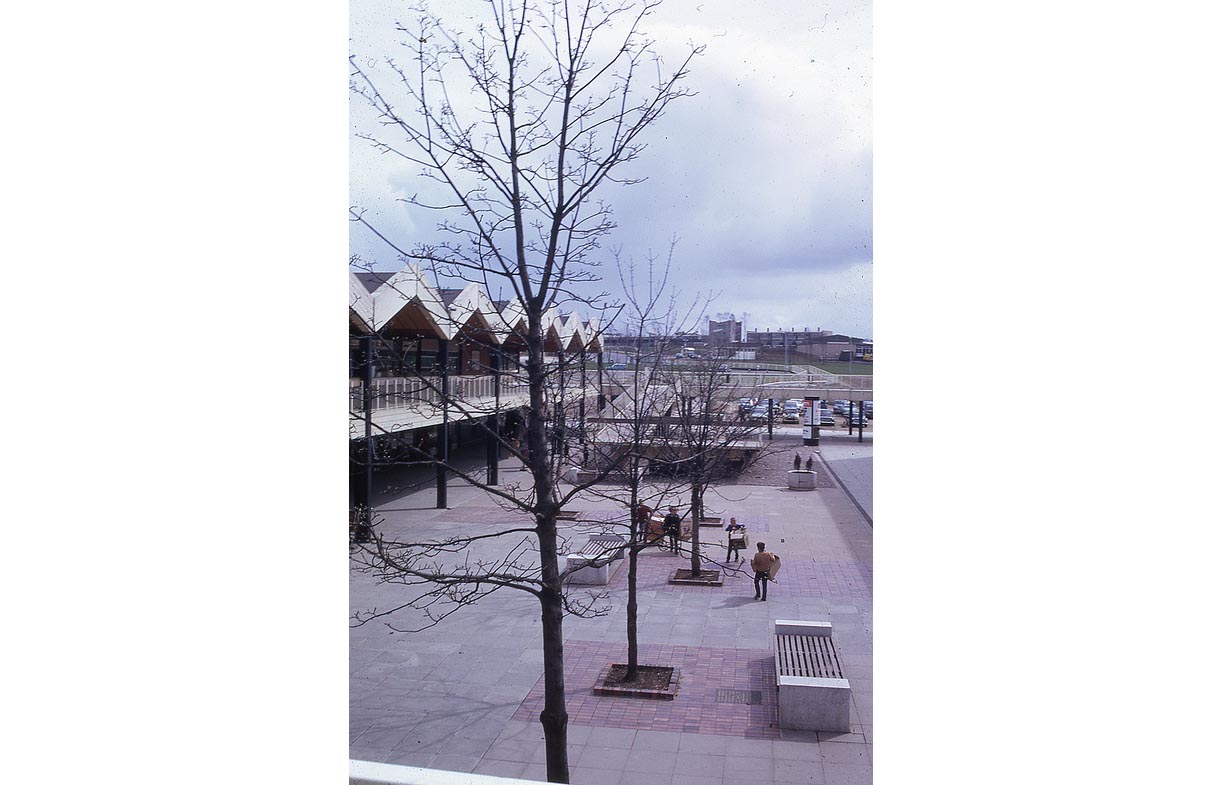 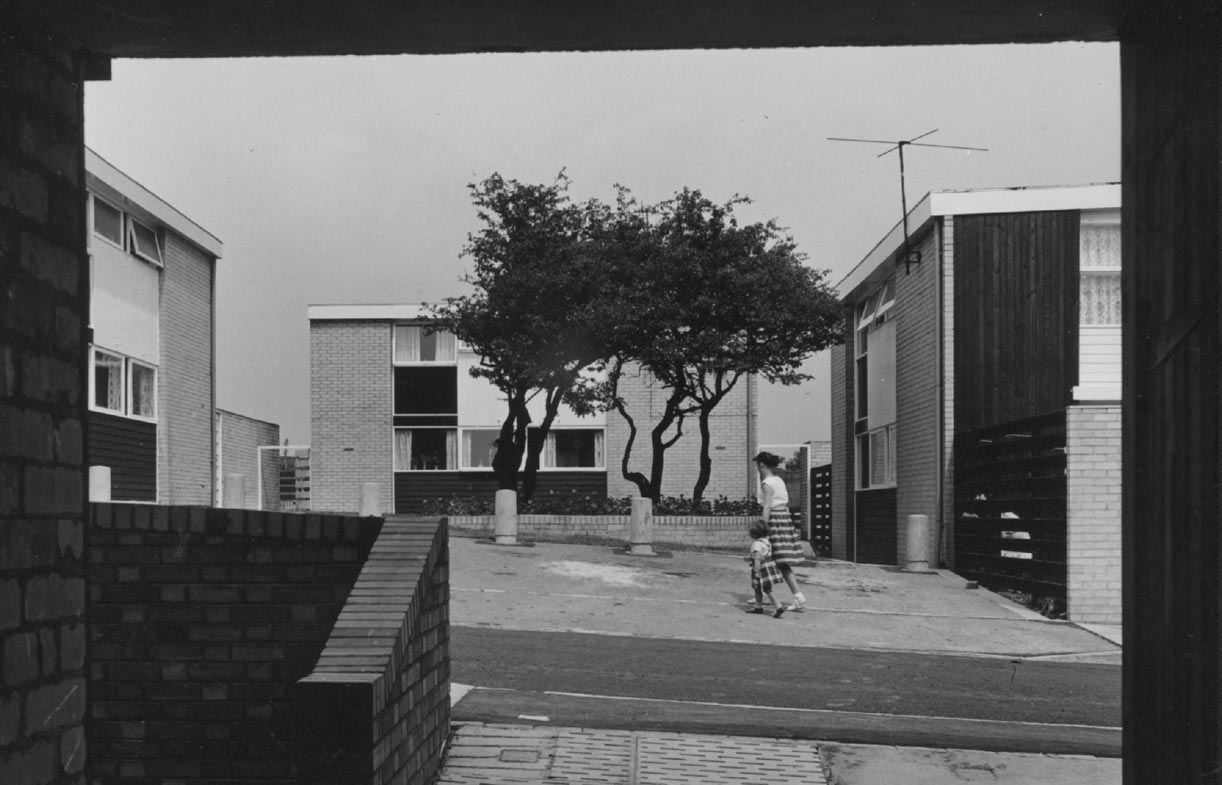 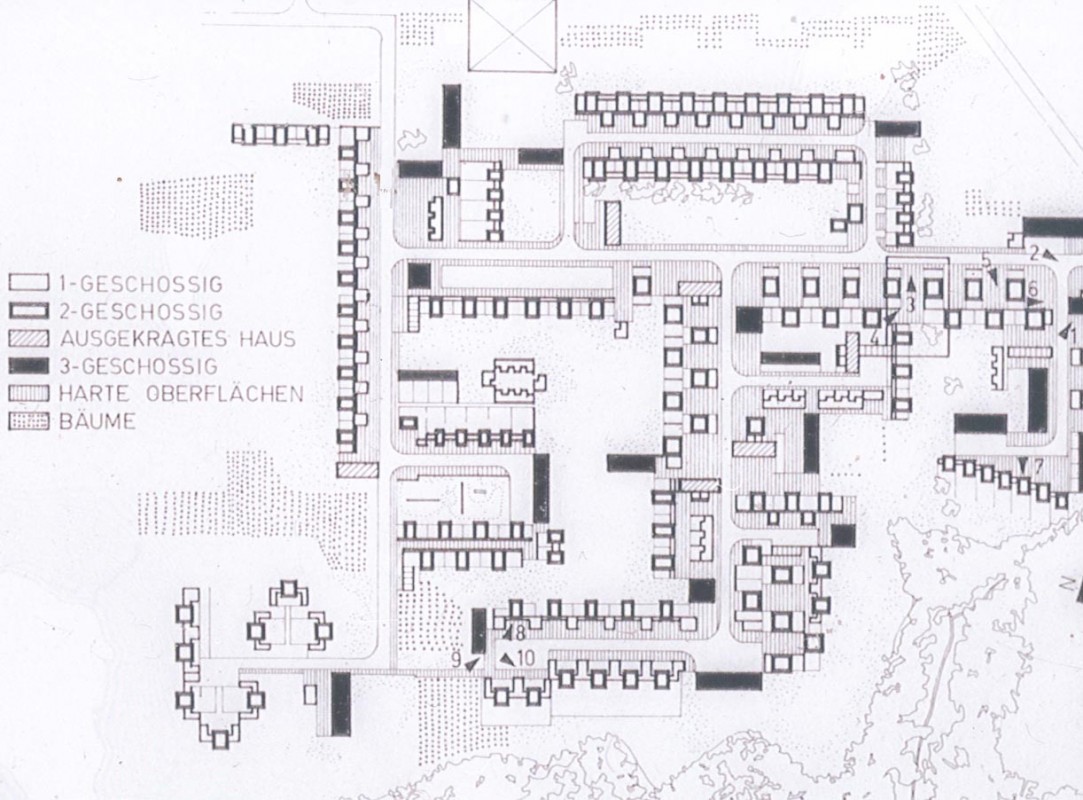 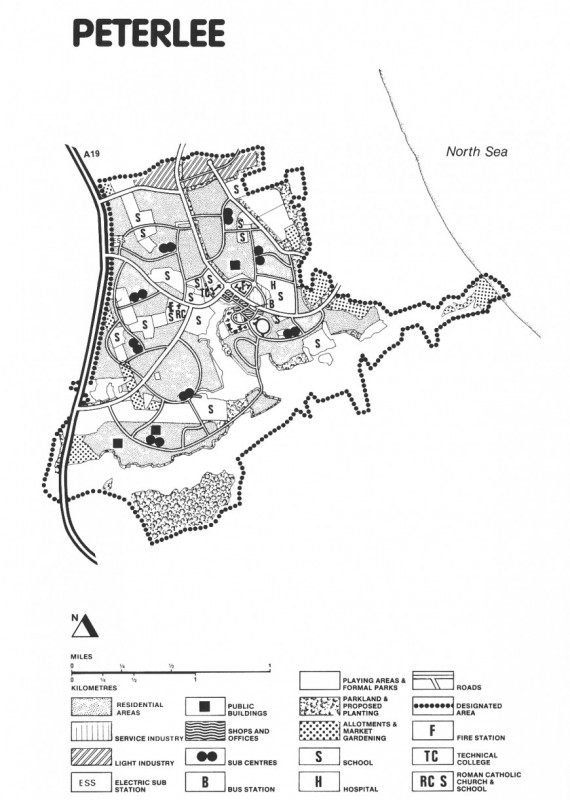