The proposals set out plans for a new central bus station, Manors Railway station, a series of strategically placed large multistory car parks and even ‘moving pavements’ (travelators) for pedestrians which never materialised. The plan also aimed to increase access to a newly established ‘further education precinct’ to Kings College, Durham University (now Newcastle University) and the Polytechnic alongisde a programme of arts (extension of the Laing gallery) and a new Central Library.

Newcastle East Central Plan was just one of multiple plans set out by the Newcastle City Engineers and Planning Department in the early 1960s, and implemented later in the decade as part of the Grand Central Plan. Under the leadership of City Planner, Wilfred Burns plans for Eldon Square, City Centre Markets and Libraries and Art Galleries where published with the goal of modernising the medieval city whilst acknowledging the cities 19th century heritage (mainly Grainer and John Dobson).

Alongside the adventurous building plans for the city, the plan was concerned with the explosion in personal car ownership and the effects of congestion on city life. Central to the plan was the new Central Motorway East running from the Pilgrim Street Roundabout, swinging west the Great North North and Town Moor covering approximately 35 hectares in total. The development of the road system acted as a catalyst to provide a number of significant buildings including a new bus station (unbuilt), Eldon Square, Swan House and Manors Car Park.

“The motorway itself will take the bulk of land… it will slice through building blocks, cut off existing streets and will intensify noise” 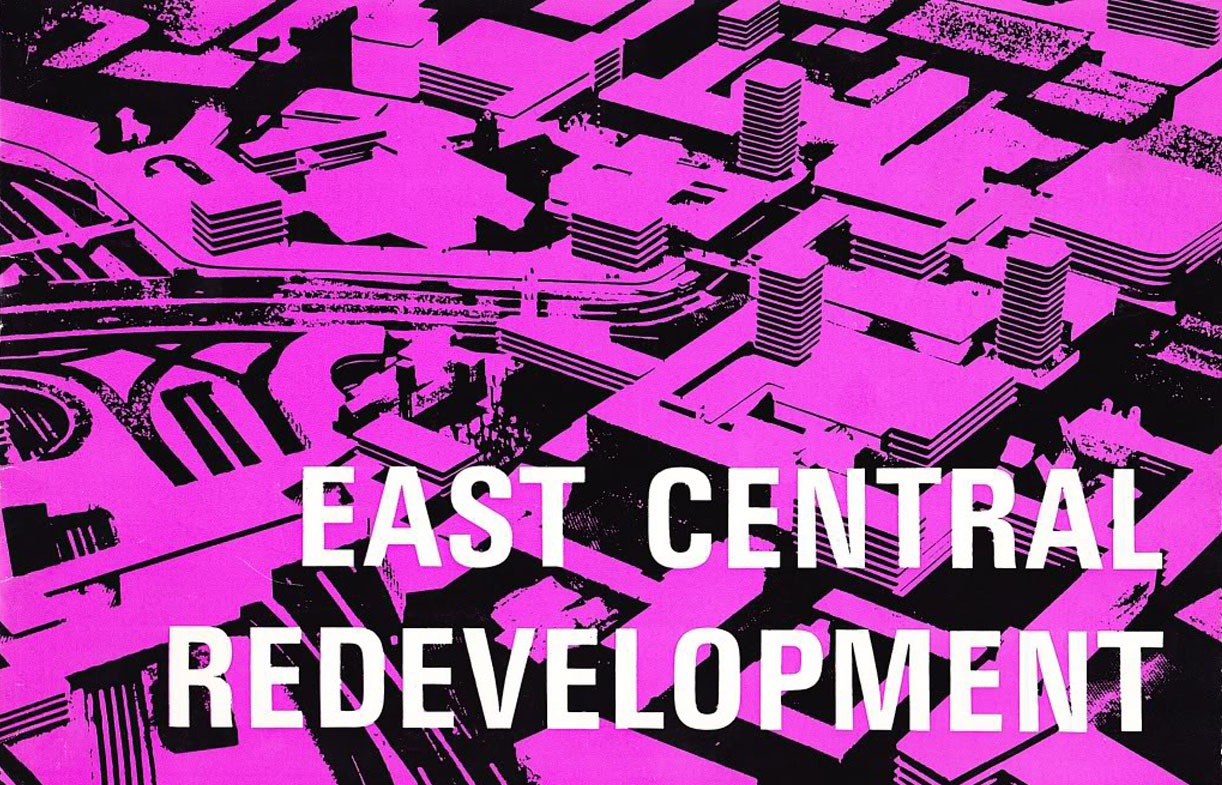 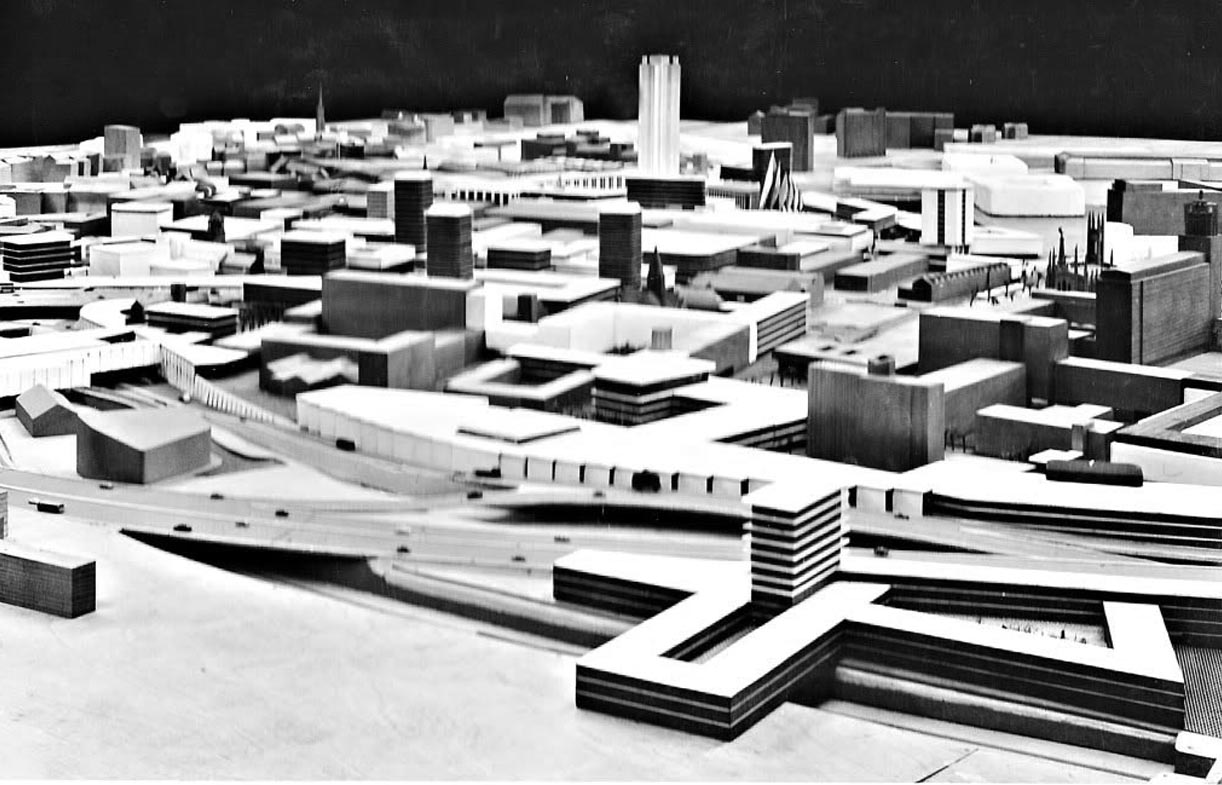 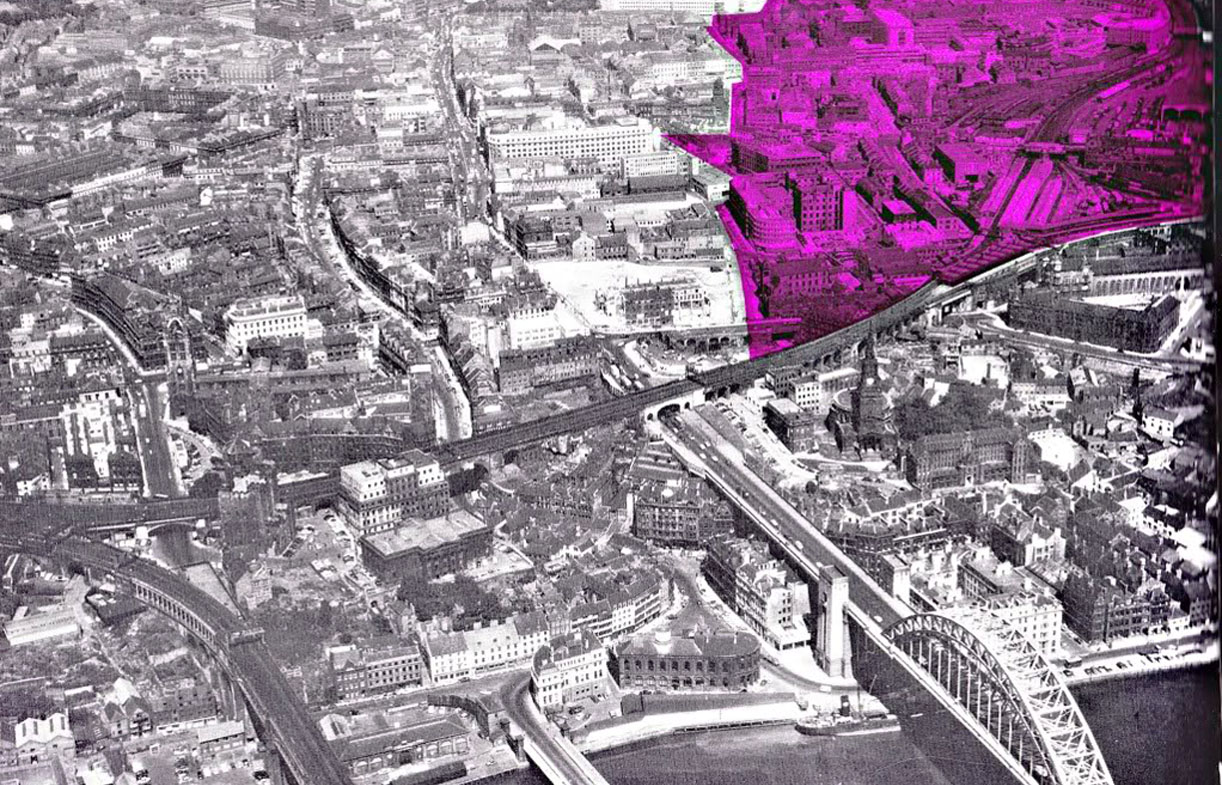 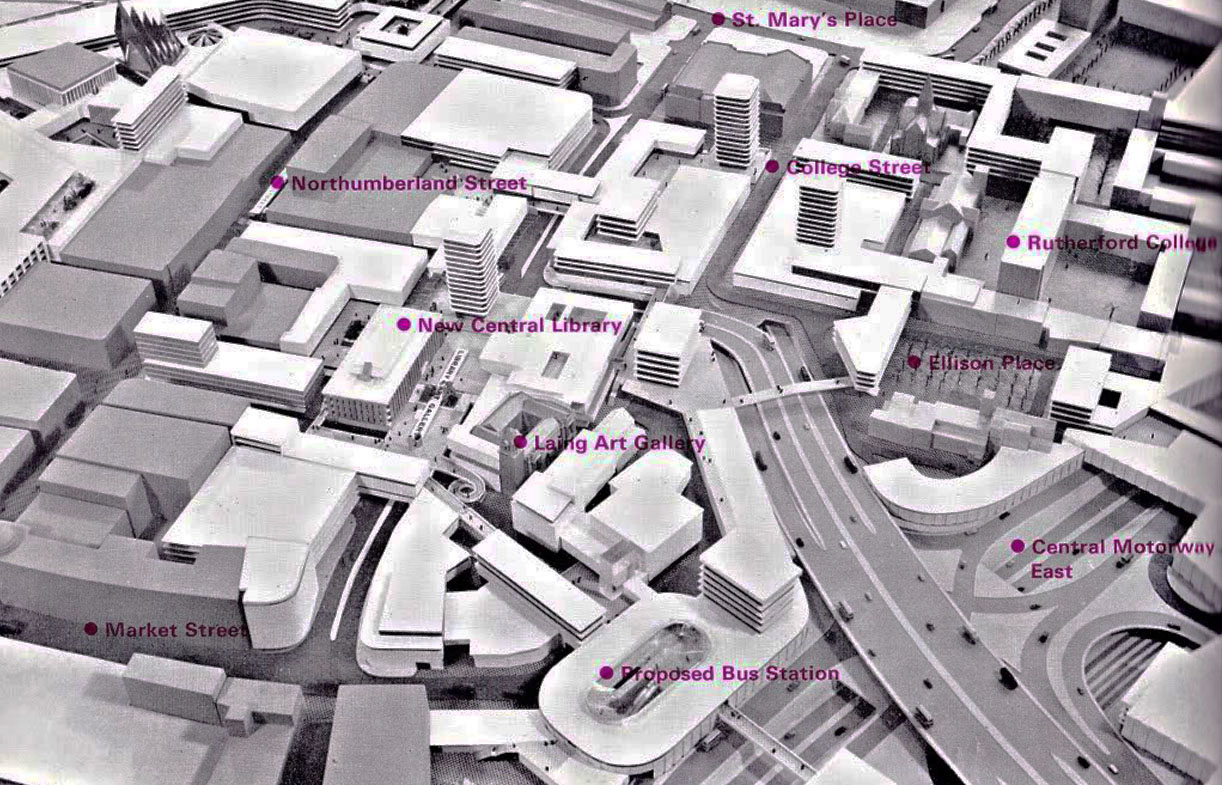 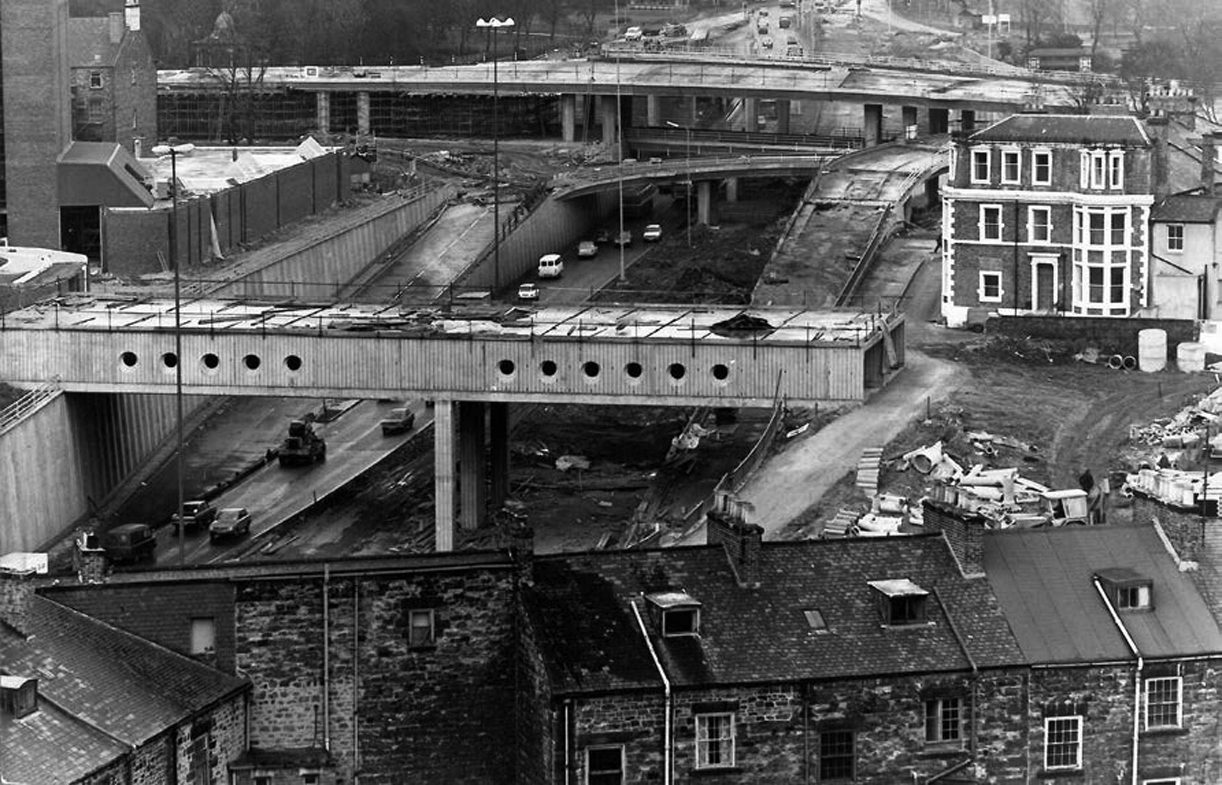 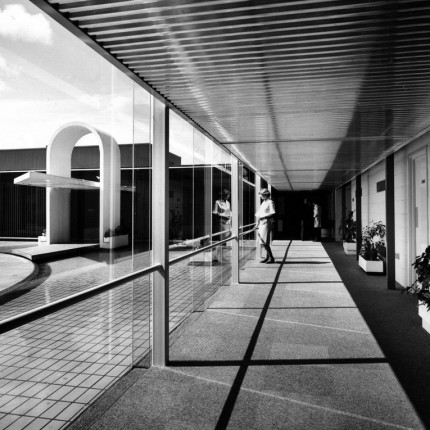