Manors Car Parks distinctive form derives from the constraints of the train line to east which collided with the new Central East Motorway (A167 M) which dips beneath, shaping the car park between these constraints. The curvature of the concrete decks sweeps uniformally across the site, interrupted only by the circulation ramp. The car park was the first multi-story car park in Newcastle and marked the beginnings of Wilfred Burns car-centric plans for the modernisation of the city through the Central East Motorway Plan (1963).

Burns plan aimed to increase the economic growth of the city through greater convenience for an emerging car owning populous and even went as far as to incentivised cars travel by offering limited free parking in the city centre.

Manor car park connected and accompanied by an equally dramatic and elongated pedestrian footbridge from Manors Train Station (today Manors Metro), touching the car park for access before swooping under Swan House on Pilgrim Street Roundabout. The bridge takes what feels like the longest imaginable route over the motorway, allowing pedestrians to bypass Northumberland high street and take in the theatrics of the swooping concrete forms and motorway traffic.

All photos copyright of Newcastle Libraries 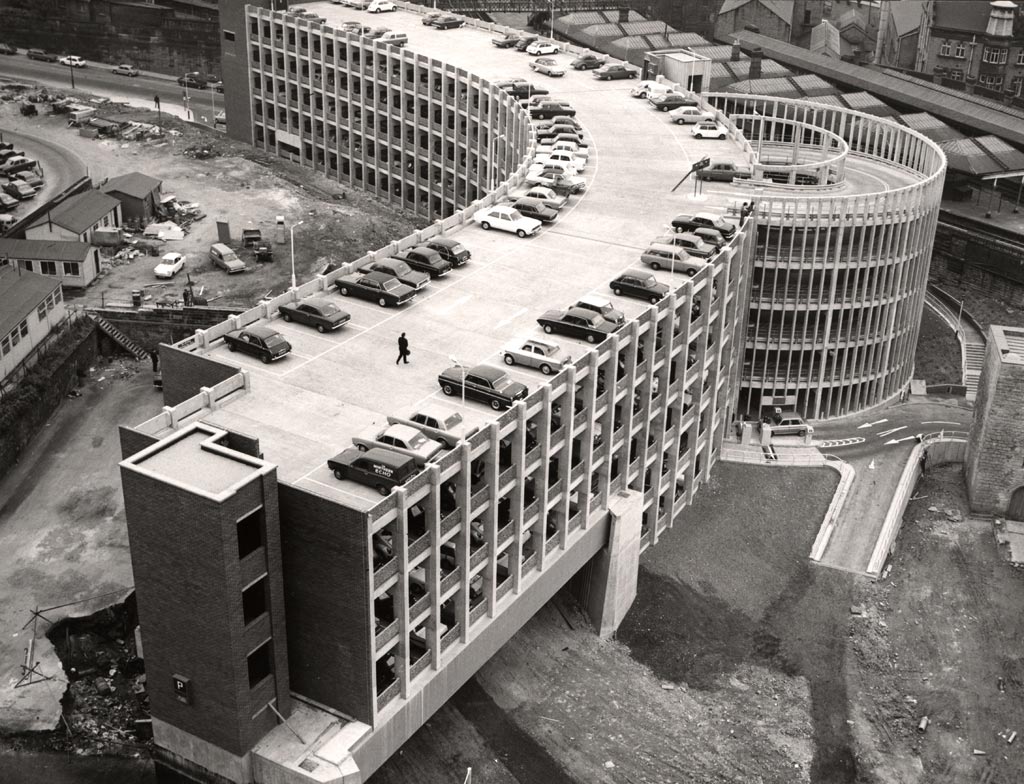 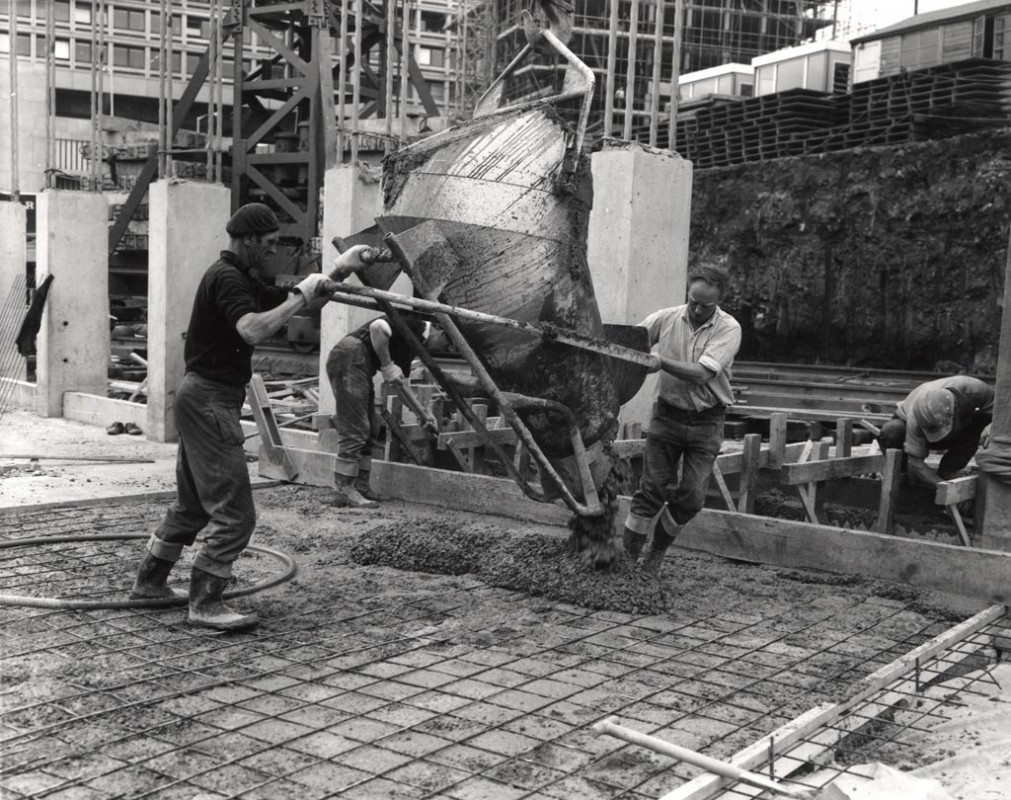 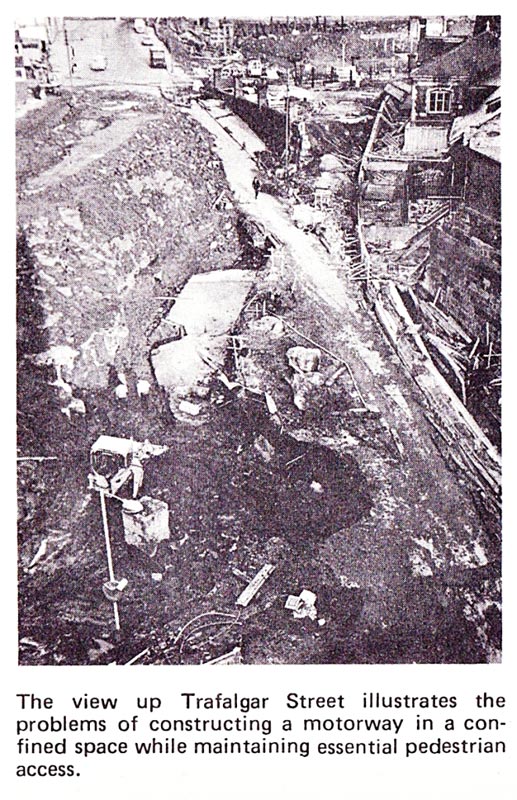 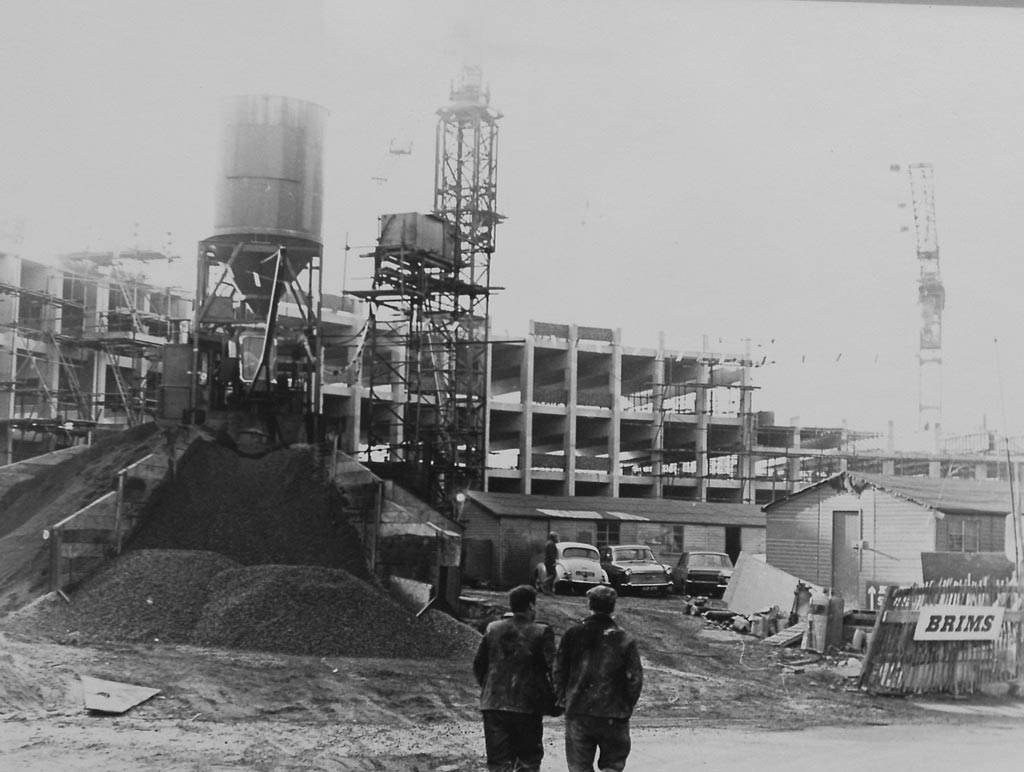 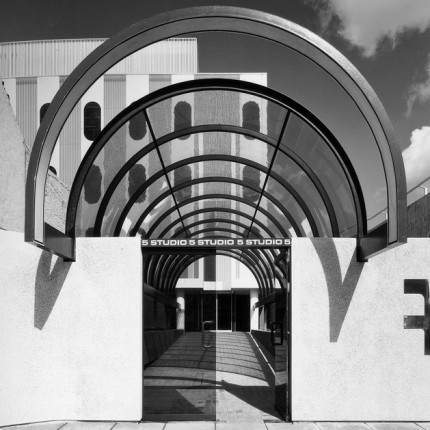 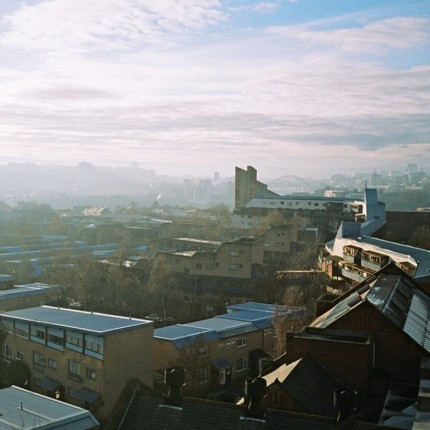